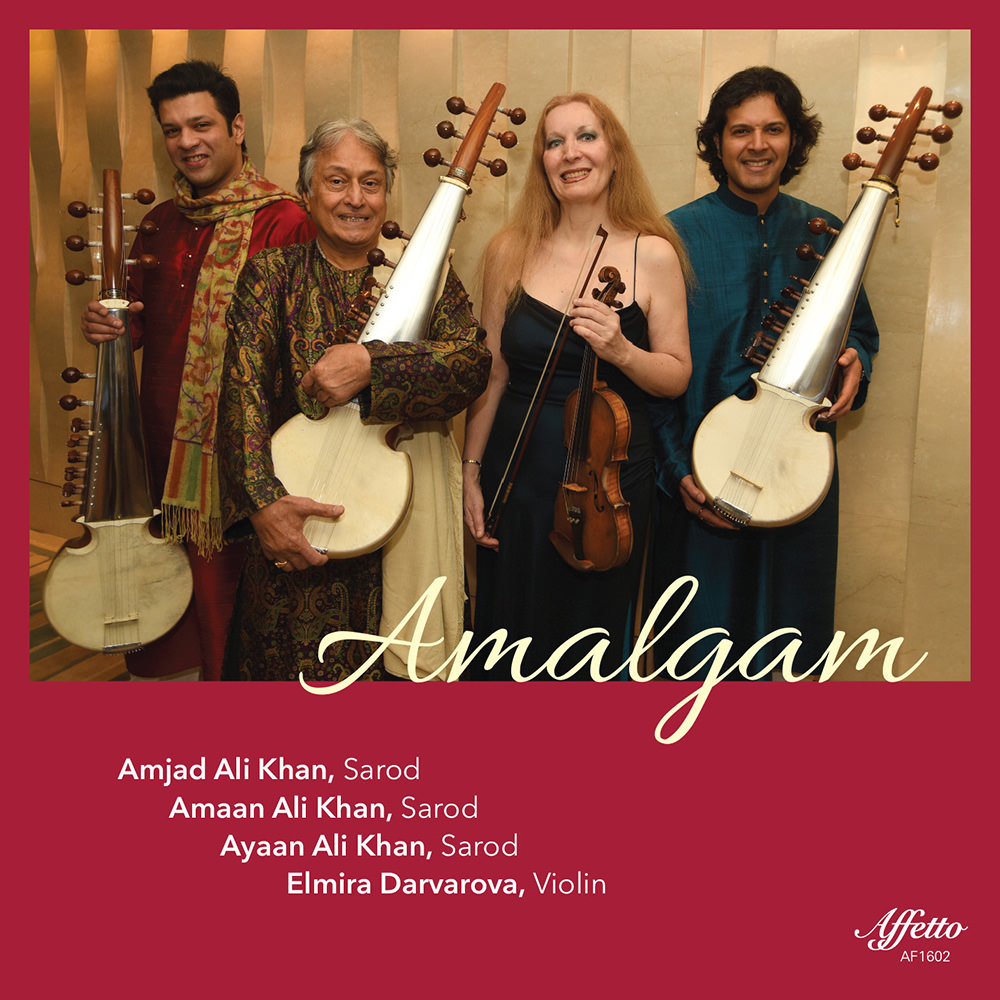 In 2015, sarod virtuosi Amaan Ali Khan and Ayaan Ali Khan joined forces with American violinist Elmira Darvarova to create a unique collaboration. The first fruit of this meeting was their recording, SOUL STRINGS, characterized by being a bridge across which their respective traditions were carried whole and un-compromised. These traditions are generously shared, each with its expressive and technical integrity intact, rather than squeezed into that oft-used and abused notion of “fusion.” What that album suggested subtly, about this daring, supercharged, yet profoundly respectful and even affectionate meeting of musical minds, is now brilliantly confirmed by their second CD AMALGAM. This new album includes the inimitable sound of the universally beloved and venerated elder statesman, not only of the Sarod, but also of the larger world of Indian Classical Music today – the Khans’ father and guru, Amjad Ali Khan. The recording comprises works composed by Amjad Ali Khan, drawing on the North and South Indian classical music idioms, alongside a single solo work composed and performed by Elmira Darvarova, powerfully informed by the folk traditions of her own Bulgarian roots. AMALGAM features not only these new works but also explores new aesthetic and rhetorical terrain both in terms of the intimate level of phrase and note as well as at the larger architectonic and structural aspects of the music. Amjad Ali Khan and the younger Khans are familiar faces to connoisseurs in the global music marketplace. The big news in AMALGAM is that there is a fabulous new violinist shining in the firmament of Indian Classical Music and her name is Elmira Darvarova.