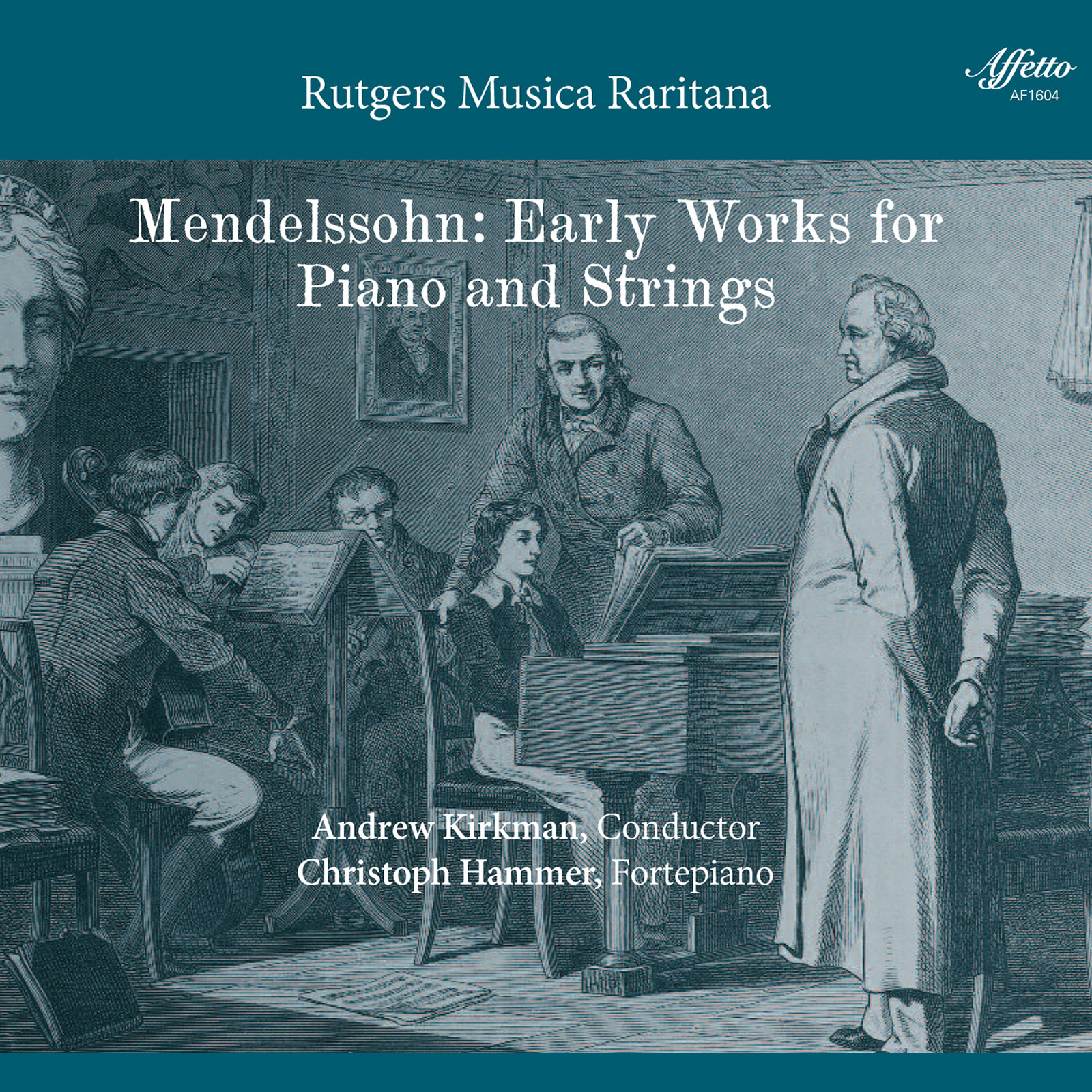 Although these lovely works have been performed and recorded a number of times since their revival in the latter half of the twentieth century, this recording represents the first in a manner attentive to the performance practice of Mendelssohn’s own time. Using a replica of an 1815 six-octave Streicher grand piano (very close to instruments actually used by the young composer), it follows Mendelssohn’s own practice of using the keyboard in the concerto tuttis as well as for the the solo part. The orchestral musicians play on gut strings and with the modern, Tourte-style bows that were already generally current at the time these pieces were composed, but used in a manner attentive to what can be surmised about that of Mendelssohn’s early milieu.

1821 was a golden year in the life of the eleven-year-old Mendelssohn: for two weeks in November of that year the young prodigy lived in Goethe’s house in Weimar, performing for assembled luminaries works by himself and others on Goethe’s own Streicher piano (which still exists). The conclusion of those present (including the great poet, who had heard the child Mozart in his youth) was striking: Mendelssohn was not only the equal of Mozart at his age, but his superior. Mendelssohn began the Piano Concerto in A minor, composed for his sister Fanny, shortly after his return from his sojourn with Goethe, performing it for the first time in 1822. The Piano Sextet of 1824 stands as another milepost in its composer’s early Wanderjahre through the achievements of his contemporaries and forebears en route to the formulation of his own personal idiom. In it we already clearly hear the fresh, vigorous energy and crystalline textures of the Octet and Music for A Midsummer Night’s Dreamthat lay just around the corner, rendered all the more lucid by the period instruments, and the young players, heard on this beautiful recording by Rutgers Musica Raritana.