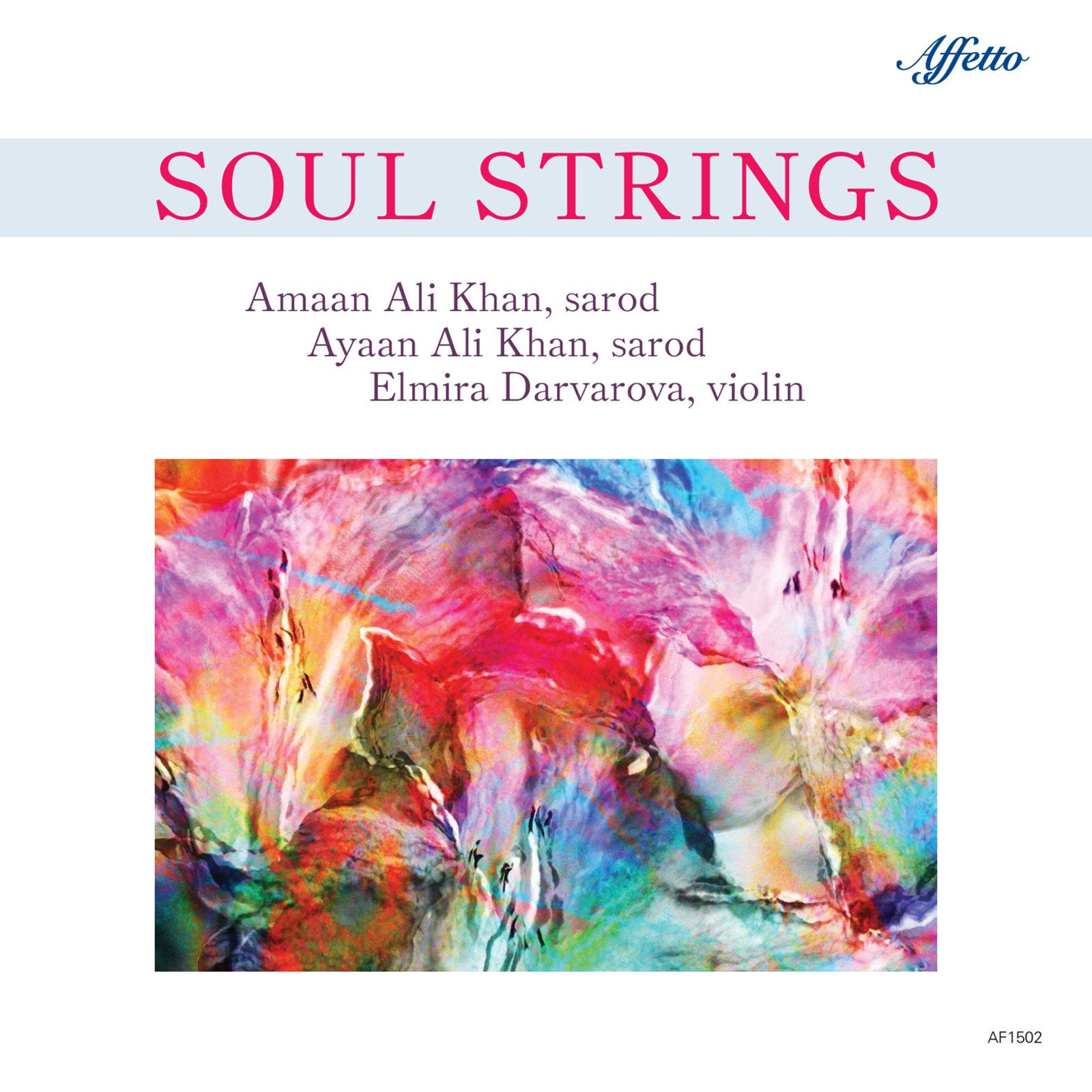 American-based concert violinist (and former Metropolitan Opera concertmaster) Elmira Darvarova teams up for this album with the world-renowned masters of the Indian instrument Sarod – brothers Amaan Ali Khan and Ayaan Ali Khan (sons and disciples of the legendary Amjad Ali Khan) who represent the seventh generation of a musical lineage known as the Senia Bangash School. The artists come together in the spirit of sharing the great unique treasures of their own artistic traditions, as well as finding common ground in Ragas and Medieval modes.

They achieve a breathtaking cross-fertilization at both the cellular and cosmic levels of two classical music traditions, which are often held to be radically different – too different to meet without a bridge of some sort. The concept of this collaboration (which began with a live performance at Symphony Space in New York) is to preserve the essence of both Indian and Western traditions so that they are able to partake of each other without artistic compromise, engaging and celebrating both the shared and discrete musical “DNA” of both traditions.

This is a blissful dream of a project, infused with the unique amalgamated contributions of artists united under a common aegis, regardless of their diverse background, cultures, traditions, generations, genders, religions, upbringing, and career paths. The deeply moving, haunting music, composed by Amjad Ali Khan, is based on traditional Indian ragas, and is masterfully interpreted through the brilliant amalgamation between the two sarods and the violin, laying bare the strings of their souls, as the album title aptly suggests. All three instruments merge in an utterly ecstatic blur of dazzling harmony, propelling not only the listener and themselves, but the very future of this meeting in the temple of Indian and Western music into a new dimension and new possibilities of hope.

All tracks are world premiere recordings, and the album also includes “Rock Ethic” by Norman Zocher and Mimi Rabson – a solo violin composition based on a different cross-fertilization – inspired by both Bach and Led Zeppelin.

“This is a stunning blend of cultures. Well thought out, and performed on the highest level. There are many deep musical moments here. Quite unique in all. Bravo!”